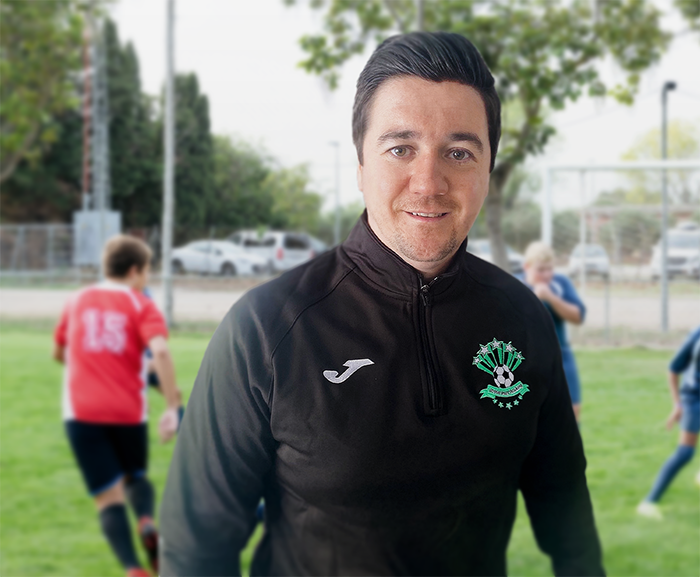 Income's trebled in the past year

Creating a positive learning environment, developing football techniques and social skills while providing value for money are some of the reasons behind Soccer Stars Academy’s success.

Mark Molloy started the academy with 16 children attending weekly classes. But Mark’s passion for football and developing children’s skills has continued to drive demand for sessions over the past 3.5 years.

Thanks to this, the academy has increased its annual income 3X in the past year. And Mark now sees 300+ children across 9 franchises every week!

A burning desire for something more

From the age of 4, Mark spent his evenings and weekends playing football at local boys clubs. His skill and technique began to build momentum with professional academies including Chelsea, Arsenal and Man City.

After stints at several clubs, he was recognised as one of the best players they’d seen at his age. His skill set also led him to play for his home nation, Scotland, at the age of 14. And it was during a Scotland game that Mark sustained a bad leg injury, putting his professional career on hold for 2.5 years.

Following initial operations, Mark was told it would be highly unlikely he’d play football professionally again. And while he eventually did go back to playing with Celtic, he knew his injury meant he’d never get back to where he was.

This eventually moved Mark onto becoming a PE teacher for 7 years. And when it was time for his son to have a go at kids activities, Mark felt it right to try and share his passion. And after attending some locally run classes, his wife suggested having a go at running one himself.

From playing the field to pitchside

Familiar with playing on the field, standing on the sidelines was a huge transition for Mark. But he knew he had a real chance to pass on his knowledge and skills while developing children’s social skills.

Mark’s background in teaching has created a solid structure for the club. Understanding how children learn and develop skills has pushed Mark to create fun and engaging sessions, which is a fundamental reason for the club's success.

Over the last 3.5 years, Mark’s helped around 700+ children develop their football skills, with many of the children moving onto professional teams.

Everything was messy, time-consuming, and quite laborious. After some research, I came across ClassForKids. I saw a demo and was encouraged to try it out. I just loved it.

As with any growing business, processes that once started manageable with 12 customers became impossible with 300. Mark spent hours each day setting up payment links for every customer and recording these across multiple spreadsheets.

And the nightmare didn’t stop at payments. Communication also became unmanageable as the club grew with endless amounts of Facebook messages and emails to reply to each day. By this point, Mark knew something needed to change. So he decided to search for a new team player.

Finding the right player for the team

Mark knew his processes had become messy and wanted a way to streamline everything. After spending some time developing the club’s website, Mark wondered whether an integrated booking platform would improve its ranking and performance.

After signing ClassForKids to his team, Mark noticed an immediate change. His website rankings improved and 90% of his bookings and payments came through the website. And because all of his class information is in one place, emails and Facebook messages have reduced dramatically.

Since using the ClassForKids system, Mark has time to focus on developing class content, growing the business and evolving customer relationships - all of which have helped the business thrive.

Ready to see what our football academy software can do for you?

Speak to one of our business coaches and start today!

Get in touch, we are always here to help

Contact us →
Thank you! Your submission has been received!
Oops! Something went wrong while submitting the form.

When we started back up, our numbers went through the roof. We’ve got more kids now than we ever had.

Central Scotland
This is some text inside of a div block.
Lisa Griffiths
The Performance Academy
Performing Arts
See all stories